In June 2018, fellow dating entrepreneur Antoine Argouges approached Charly with an idea for a new dating app for over 50s.  Having spent 5 years in the dating industry, never being able to give a good answer to the question ‘where should my newly single parent date?’, Charly jumped at the chance to join Antoine as co-founder of the new app.  Together they created Lumen, the first ever app-only dating product for over 50s.

Lumen launched in September 2018, with £3.5 million seed investment.  Lumen attracted over 1.5 million members worldwide in its first year, with strongholds in the US, UK and Australia.  It was the fastest growing dating app of 2019. 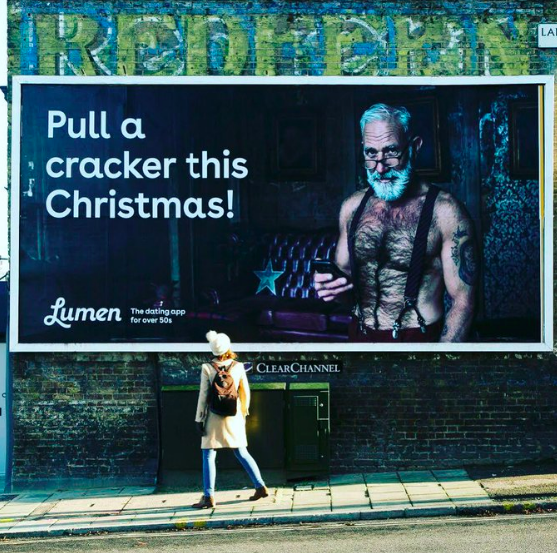 Charly spent much of 2019 travelling the world chatting to the media and launching the app in new countries.  She made national headlines on a fortnightly basis, with 3 of her advertising campaigns (Sexy Santa, Do You See Us Now? and Ulrika Jonnson) debated on breakfast TV.  Charly became an international voice against ageism, and her markerting campaigns made headlines all around the world. In November 2019 Lumen was acquired by The Blackstone Group as part of a $3 billion acquisition of Magic Lab, and Charly exited the company in February 2020.

Charly was named one of the Women of the Future in 2018, Women in Tech 100 in 2019, and she won a Stevie Award for Entrepreneurship for her work on Lumen.